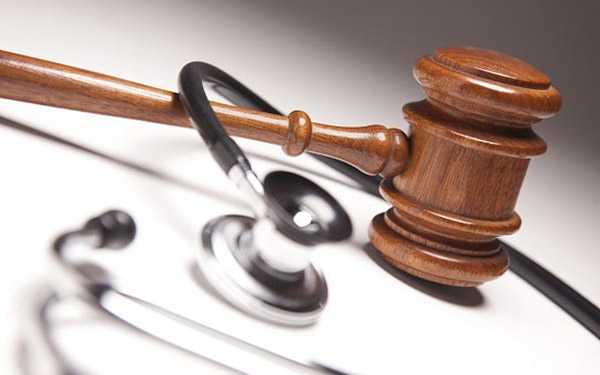 Surrogacy is a method or agreement whereby a woman agrees to carry a pregnancy for another person or persons, who will become the newborn child’s parent(s) after birth. Surrogacy may be commercial (commissioned) or altruistic (without consideration). Many countries ban the former but allow the latter. This write up is an attempt to clear the airs on Surrogacy Law in India, especially from the perspective of a foreign couple commissioning commercial surrogacy in India.

The process of ‘surrogacy’ in India, at present, is  regulated by the guidelines issued by the Indian Council of Medical Research (“ICMR”) titled “Guidelines for Accreditation, Supervision and Regulation of Assisted Reproductive Technology (“ART”) Clinics in India”

Amongst other things, the guidelines stipulate:

These guidelines were essentially aimed at protecting the rights of the surrogate mother, the child and the intending couple. It may be noted that there was no legal bar per se on a foreign couple or a couple comprising an Indian married to a foreigner from commissioning a surrogate child and foreign couples routinely commissioned services of surrogate mothers in India. In absence of a specific legal framework, this led to many issues relating to citizenship of the children born out such arrangements. In some of these cases, the child/children remained stranded in India for long durations as ‘stateless children’ due to citizenship issues.

Some of these cases reached right up to the Supreme Court. The case of Baby Manji[1]  was perhaps the first case where the Supreme Court grappled with this issue.  Baby Manji was a child born under a Surrogacy Agreement between her Japanese biological parents (“intending couple”) and Indian biological mother (“Surrogate mother”).  The genetic father (also the commissioning parent) of the surrogate child had to return to Japan due to expiration of his visa, while the intending mother (not the biological mother) after separation did not want the baby anymore. In the meantime, a birth certificate indicating the name of the genetic father was registered but owing to no name in the mother column, the baby could not secure an Indian passport. The grandmother of the baby flew from Japan to take care of the child and ultimately, the Court rejecting all the contentions disputing the custody of the surrogate child owing to absence of surrogacy laws in India allowed the child to be taken to Japan by granting the necessary documents on one-time basis. In this case the Supreme Court effectively validated commercial surrogacy in India.

On the same lines is another decision of the Gujarat High Court in Jan Balaz v. Anand Municipality[2]  wherein the question before the court was whether a child born in India to a surrogate mother, an Indian national, whose biological father was a foreign national, would get citizenship in India, by birth, or not?  The Court while holding that in the absence of any legislation to the contrary, the gestational surrogate should be recognised as the natural mother, also stated that neither the genetic mother (an anonymous ova donor) nor the wife of the biological father (i.e wife in the commissioning couple) could be considered as the natural mother. In May 2010, the Balaz twins were provided the exit and entry documents that allowed them to leave India for Germany. The parents agreed to adopt them in Germany according to German rules.

Neither of the above two cases provide an instructive framework for resolution of future cases. In the absence of regulation or case precedent, it is unclear how future Courts in India would address cases of ‘Stateless’ surrogate children. Nevertheless, commissioning of commercial surrogacy by foreign couples (and also domestic couples!) continued unabated and governed by the principles of contract law.

To streamline surrogacy by foreign nationals, the Indian Ministry of Home Affairs (“MHA”) on 9-7-2012  issued visa regulations for those who travel to India for surrogacy arrangements and declared that an appropriate Medical Surrogacy VISA category for intending parents for travelling to India would be granted subject to the fulfilment of the following conditions:

(a) The foreign man and the woman are duly married and the marriage should have sustained at least for two years;

(i) the country recognises surrogacy; and

(c) The couple will furnish an undertaking that they would take care of the child/children born through surrogacy;

(d) The treatment should be done only at one of the registered ART clinics recognised by ICMR (The list of such clinics will be shared with MEA from time to time); and

(e) The couple should produce a duly notarised agreement between the applicant couple and the prospective Indian surrogate mother.

The MHA circular dated 09.07.2012 continued to guide the issue till 03.11.2015 and foreign nationals arrived in India on Medical Surrogacy Visas to commission surrogacy.

However, recently the government has effectively banned commercial surrogacy with respect to foreign nationals (even qua Overseas Citizens of India) through a Ministry of Home Affairs circular dated 03.11.2015, whereby the earlier rule of allowing foreign couples to travel to India on Medical Visa for the commissioning of surrogacy has been revoked. Indian Missions/Posts/FRROs/FROs have been directed to ensure the following with immediate effect :

No visa should be issued by the Indian Missions/Posts to foreign nationals intending to visit India for commissioning surrogacy;

Any visa granted for the said purpose after this circular may be cancelled.

These were reiterated by the Ministry of Health and Family Welfare (Department of Health Research) vide circular dated 04.11.2015.

The Surrogacy (Regulation) Bill, 2016 was introduced in Lok Sabha on November 21, 2016. The Bill regulates altruistic surrogacy and prohibits commercial surrogacy. The Bill permits surrogacy only for couples who cannot conceive a child.  This procedure is not allowed in case of any other (non-reproductive) medical conditions which could prevent a woman from giving birth to a child. The Bill also specifies eligibility conditions that need to be fulfilled by the intending couple in order to commission surrogacy.  The surrogate mother and the intending couple need eligibility certificates from the appropriate authority.  What also deserves to be noted is that the surrogate mother must be a ‘close relative’ of the intending couple.  The Bill does not define the term ‘close relative’.  For an abortion, in addition to complying with the Medical Termination of Pregnancy Act, 1971, the approval of the appropriate authority and the consent of the surrogate mother is required.  The Bill does not specify a time limit for granting such an approval.  Further, the intending couple has no say in the consent to abort.

But until this bill turns into a law, there is no direct legal prohibition on a foreign couple commissioning surrogacy) however, the complete embargo by the MHA on issuance of VISA/necessary permissions (including exit permissions for the child to be born) for such purposes makes it a practical impossibility.

[3] The judicial/legal position in this regard is in a state of great flux and nothing can be commented with certainty as we write this blog.