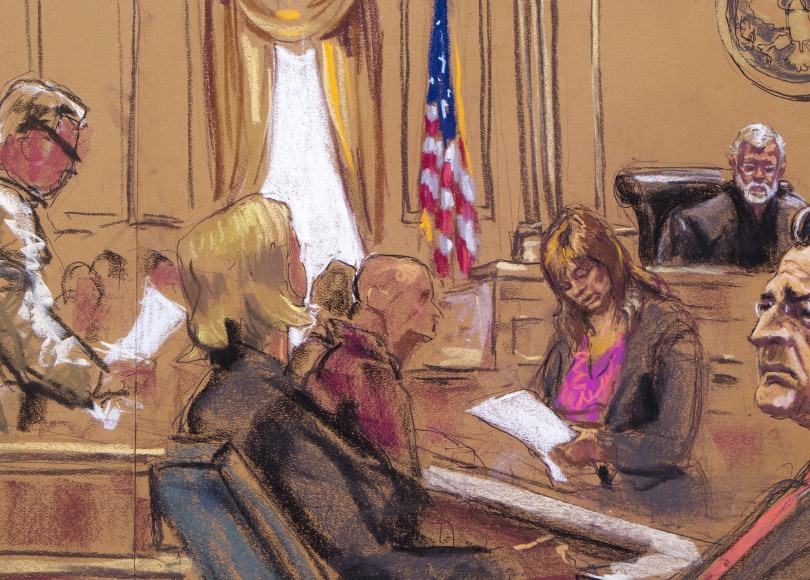 The answer to the above question has always been ‘No’. The settled law in this regard is that the court cannot look at defence material at the stage of charge. The accused similarly cannot invoke Section 91 of the CrPC to summon material, even if that material has the potentiality to completely negate the charge against him and win him a discharge. This embargo was put in place by way the judgment of the Hon’ble Supreme Court in State of Orissa versus Debendra Nath Padhi (2005) 1 SCC 568 (accessible at : https://indiankanoon.org/doc/7496/) In Padhi (supra) the court had held :

“25. Any document or other thing envisaged under the aforesaid provision can be ordered to be produced on finding that the same is “necessary or desirable for the purpose of investigation, inquiry, trial or other proceedings under the Code”. The first and foremost requirement of the section is about the document being necessary or desirable. The necessity or desirability would have to be seen with reference to the stage when a prayer is made for the production. If any document is necessary or desirable for the defence of the accused, the question of invoking Section 91 at the initial stage of framing of a charge would not arise since defence of the accused is not relevant at that stage. When the section refers to investigation, inquiry, trial or other proceedings, it is to be borne in mind that under the section a police officer may move the court for summoning and production of a document as may be necessary at any of the stages mentioned in the section. Insofar as the accused is concerned, his entitlement to seek order under Section 91 would ordinarily not come till the stage of defence. When the section talks of the document being necessary and desirable, it is implicit that necessity and desirability is to be examined considering the stage when such a prayer for summoning and production is made and the party who makes it, whether police or accused. If under Section 227, what is necessary and relevant is only the record produced in terms of Section 173 of the Code, the accused cannot at that stage invoke Section 91 to seek production of any document to show his innocence. Under Section 91 summons for production of document can be issued by court and under a written order an officer in charge of a police station can also direct production thereof. Section 91 does not confer any right on the accused to produce document in his possession to prove his defence. Section 91 presupposes that when the document is not produced process may be initiated to compel production thereof.”

The decision has been consistently observed to rule out defence material from consideration at the state of discharge. The accused, therefore, could not invoke Section 91, at the stage of charge to produce materials in his possession or summon material from a third party source, at that stage, to negate the charge against him.

This decision was and continues to be legally sound and warranted by the language of the statute (Please refer : Section 227 and 239 of the CrPC which deal with discharge in sessions and warrants cases respectively, and clearly envisage a consideration of material in the police report (only) for arriving at a decision as to discharge).

Apart from this being totally in sync with the scheme of the statute, the decision is also eminently reasonable and common-sensical as any other view would amount to a ‘trial within a trial’; in other words, there would not be an end to the documents that the accused may seek to produce before the court in order to earn a ‘discharge’, an analysis of which would, for all practical purposes, entail a full blown trial, or something akin to a trial. (This would subvert the statutory scheme also where in the scope of scrutiny permissible at the stage of cognisance and charge is extremely narrow and a full-fledged analysis of the matter is clearly not stipulated). Simply put, the court cannot be called upon to conduct a trial at the state of discharge.

What further complicates matters is how the court is to appreciate admissibility, relevancy, probative worth at that stage, without a formal proof of the documents (as documents/material at the stage of charge are taken at its face value, and formal evidence is not recorded at that stage (Students of criminal procedure would recall that formal recording of evidence commences only after charges are framed and the case is set for trial, with prosecution commencing with its evidence (since it bears the primary burden of proof), followed by accused’s statement u/s 313, and finally, defence evidence.

This view held good for a long time. But the latest Supreme Court decision in  Nitya Dharmananda Vs. Sri Gopal Sheelum Reddy (December 7th , 2017) (accessible at : https://indiankanoon.org/doc/178580003/)  has carved out, what can be called an exception to this rule of impermissibility of looking beyond the police report while taking a decision on charge.

The exception that seems to have been carved out is in cases where the police/investigating authority has withheld the same and not filed it along with the police report. Such material, if of sterling quality, can be looked into by the Court in exercise of power u/s 91 of the CrPC.

9. Thus, it is clear that while ordinarily the Court has to proceed on the basis of material produced with the charge sheet for dealing with the issue of charge but if the court is satisfied that there is material of sterling quality which has been withheld by the investigator/prosecutor, the court is not debarred from summoning or relying upon the same even if such document is not a part of the charge sheet. It does not mean that the defence has a right to invoke Section 91 Cr.P.C. de hors the satisfaction of the court, at the stage of charge.

So far so good! This would set a good normative order for the police and encourage full and fair disclosure; and go onto subserve accused’s right to a fair trial, without letting the scope of scrutiny at the stage of charge to get so unduly enlarged that it leads to delays.

However, the challenge is as to how is the Accused supposed to know about such suppression of documents by the IO. Naturally, if the intention is to suppress – a copy of such documents would not be provided to the Accused as it is not impossible to visualize a situation where the Investigating Officer has forwarded certain documents to the court, however, finding them exculpatory later, they have not been placed on judicial file and not relied upon by the prosecution, however, kept on the police file (the term ‘police file’ is colloquially used to refer to a copy of the file available with the prosecution, within the custody of the court).

The answer is provided by the decision in  V.K.Sasikala v. State, (2012) 9 SCC 771 which can be invoked by the accused to demand a ‘full and fair disclosure of exculpatory material available with the Investigating Authority’, at the stage of S.207 (provision for documents to be supplied to the accused prior to hearing on charge) itself by seeking inspection of the court and police files both. Armed with such information, the accused can then rely on the judgment under discussion (Nitya – 2017) and place reliance on some of that material to argue that the charge against him is groundless and he/she be discharged.

All in all, the judgment is laudable as it may allow many accused persons to avoid long-drawn trials, when there is sterling material available which demonstrates their innocence, on the face of it. This would also strengthen and enable the accused to take up a more informed stand in his defence, armed with complete knowledge of the material in the possession of the prosecution. It would also act as a check on the wrongful suppression of exculpatory material by the police/prosecution and make the discovery process (which is not very good, I must concede) in a criminal trial much more fairer.

This judgment is a valuable exception to the principle of Padhi (Supra) and would go a long way to make criminal trials more fairer and objective. This would also give the accused a real chance at discharge (which in most cases is a tall order as it is a plea based on a demurrer, that is to say, accepting the prosecution version at its face value and to be culled out from the prosecution material itself. And as students of civil law would vouch, almost akin to a rejection of plaint in a civil case)

This decision also does one more laudable thing : it, to a certain extent, equates the power of the trial court to the High Court (acting in its jurisdiction u/s 482 of the CrPC to quash the FIR) where the latter was permitted to look into material of unimpeachable quality and use it to quash the FIR (those interested may read the decision in Rajiv Thapar : http://www.supremecourtcases.com/index2.php?option=com_content&itemid=99999999&do_pdf=1&id=25798 ) , whereas the trial court was not permitted to.  This is eminently reasonable and just as there is no intelligible differentia between a High Court and the Trial Court as far as appreciation of unimpeachable material is concerned.

PS : Rajiv Thapar (supra) provided guidelines for the High Courts, while deciding petition u/s 482 of the CrPC, and culled out the considerations/material that may be looked-into for that purpose, in the following words:

“Thus, held, to invoke its inherent jurisdiction to quash proceedings on basis of defence material High Court has to be fully satisfied that material produced or relied on by accused :

(a) leads to conclusion that his/their defence is based on sound, reasonable, and indubitable facts;

(b) rules out and displaces assertions contained in charges levelled against accused without necessity of recording any evidence;

(c) should not have been refuted, or alternatively, cannot be justifiably refuted, being of sterling and impeccable quality i.e. a reasonable man should be persuaded to dismiss and condemn actual basis of accusations as false; and

(d) whether proceeding with the trial would result in an abuse of process of the court, and would not serve the ends of justice”