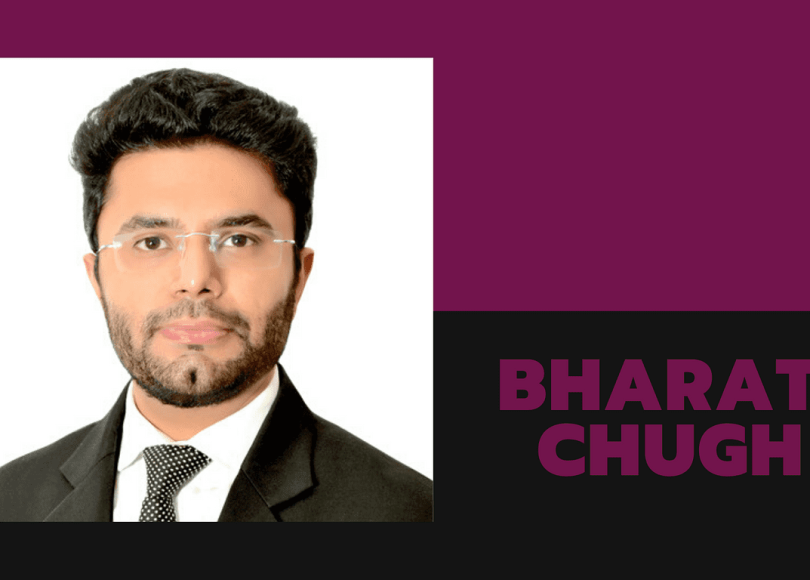 Letters to an Aspiring Judge (Part I) [1]

Since you’re here, I take it that you want to be a Judge, or, at any rate, are intrigued by the thought of being a judge. You may find this ironic that someone who hung his boots as a judge after roughly 4 years of service is writing an article on what it means to be a judge, and how does one go about achieving that objective. I am happy if you had this thought. The first part of training to be a judge is to take absolutely nothing at face value. Measured scepticism is a virtue. There’s nothing worse for an aspiring (or a serving) judge than a willing suspension of disbelief.

My competency to testify on this issue is a crucial starting point, and I hope to discharge this burden of proof.

I make no claims to great insight, and at 29, age is definitely not on my side but having been a lawyer (at 21), judge (at 23) and a lawyer and a mentor of future judges (at 26) has been an excellent learning curve (and a roller coaster ride). Each role has enabled me to experience, not only what it means to wear that particular hat, but also what it means to be the other. Being a lawyer has given me a better sense of what and how a judge should be, and conversely, my tenure as a judge has taught me the art of lawyering. Looking at one thing in relation to another is often the best way of understanding it. And often, one has to take a step back and look at a thing from a distance in order to be able to truly appreciate it – given that we tend to appreciate the trees and ignore the forest. Taking a step back has helped me aspire to certain objectivity of thought and to a somewhat balanced way of looking at things.

Getting back to establishing my credentials (or the voir dire, for those inclined to Latin). Picture life so far for me as a football game – I’ve been a spectator (a student of law, undecided on whether I wanted to be a judge or not); a player on the bench, watching the game eagerly from the sidelines desperate to be called-in (as someone aspiring to be a judge and preparing for the Delhi Judicial Service); a referee, setting out the rules of the game and ensuring fair play and justice (a judge); a player (as a lawyer); and finally, a coach (in my engagement with future/newly recruited judges).

I hope the above does raise at-least a presumption in my favour; a presumption of me being qualified to comment on these issues. The endeavour throughout this series would be to ensure that the presumption is not rebutted.  (Because all good presumptions, as we know, are rebuttable)

With the maintainability question (as we lawyers like to call it) having been addressed, let us move on to what I believe is the real heart of the matter. Have you asked yourself – ‘WHY’ do you want to be a Judge? As someone wise said (probably my mother) if you have figured out the ‘WHY’ of doing something, you’ll figure out the ‘HOW’ of doing it any ‘HOW’; this is exactly why the ‘WHY’ is important and a great place to start with.

Why do you think you want to be a judge: Is it the power-kick? A beacon atop your vehicle? Or a pursuit of power that would give you the ability to translate your personal philosophies and world-view into binding judgments?’

If this is what you had in mind, I would advise you to give up reading this article and, for heaven’s sake, re-evaluate your life choices; not just for your own good, but for the good of all others whose lives would depend on your orders. The pursuit of power as an end in itself is dangerous. Preparing for judgeship and clearing the exam, which is by no means easy, would require reservoirs of patience that run deep, and would require you to be up and studying, sometimes – all night, while your friends party, lead normal social lives, or take up jobs, and to make matters worse – do and share all of this (with glamorous filters) on Instagram/Facebook.

In those moments of self-doubt and existential crises, when you think you are worthless (because you spend all your time holed up in your study room with your books, living as a hermit, while others party, marry and take up regular jobs); in testing times such as those, a hollow idea such as a blind pursuit of ‘power’ won’t keep you on track, and even if it does prove to be a moving force for you, it won’t be a good one. You may become a judge, but you won’t be a good one.

What are the other considerations – ‘Job Security’ or a ‘Stable source of income’?’

I would not devalue the importance of having one’s basic needs met in life. Having worked and financed myself (and part of the household) since I was 14-15, I’ve seen ‘want’ and poverty up-close and personal. The anxiety of not being able to make rent the next month; I’ve lived with that. I’ve lived with the devil of poverty, sitting firmly on my left shoulder, for the majority of my life. I understand basic needs are important. But there are various avenues of earning a livelihood. Judging ought not to be taken as a means of earning a livelihood and can never be measured in terms of money. Though young judges are now paid reasonably well, that ought not to be the consideration.

What then is the right consideration?  Let me cut straight to the chase: No consideration would help you more than a belief in a higher purpose. A purpose bigger than you; bigger than your narrow interests and fears. A loftier ideal like the ‘the ability to dispense justice’ or ‘make a meaningful difference to people’s lives’ should be your anchor; your guiding star. A fine sense of justice and a heart that bleeds for the underdog should inform you at all times in your journey towards being a judge, and thereafter. Each injustice should rankle you and make you want to correct it. Look at yourself like a Justice Task Force of sorts. Always remember, no one in the entire judicial system has a bigger interface with the layperson than the Civil Judge/Metropolitan Magistrate at the nearest District Court. You, my friend, are going to be the brand ambassador of the justice system for close to 90% of the population.

The enormous difference that a single bail application can make to a life. That snap ‘bail or jail’ judgment that a Magistrate makes, many times over a day, often thinking on one’s feet. The classic balancing act between the presumption of innocence on one side (liberty), and State’s impassioned argument of law and order (public order perspective), on the other. You’ll be deciding tens of them on a single day. Each would impact lives on a level you cannot possibly imagine now.

Picture the crucial decision of granting or denying an injunction; an injunction against the demolition of a house in a slum somewhere in outer Delhi. To injunct or not to injunct! Imagine – the plaintiff’s daughter is getting married next week and an injunction for a week would help the family sail through this crucial time, but the plaintiff, even though he may have the balance of convenience tilted in his favour (and an excellent emotional appeal), he has little to show for a title. What do you do in such a case? Pure legalism, or law tempered with compassion.

Imagine a young boy accused of selling tea in a train (https://www.livelaw.in/a-tea-seller-and-a-judge-a-young-railway-judges-beautiful-retelling-of-his-struggle-with-morality-and-law/), who though technically an offender (because he does so without a license), hasn’t really done anything wrong and it would be a travesty of justice to punish him.

Think of the imprisoner’s dilemma in the case of a young man of 18 years, who got through one of the best medical colleges in the world, but had one too many while returning from his farewell party, and now finds himself in the dock as an accused in a drunken driving case, asking for mercy. Should you send him to jail because drunken driving, after all, is a huge public menace and a good sentence should ‘deter’ and try and make an example out of him. You may, in the process, destroy all his life-chances though. So should you, instead, fine him and pass a community service order and help him become a useful citizen? (Every sinner has a future, right?).

Cases like these would give you sleepless nights; make you toss and turn, and you should. Let not the mantra of clinical detachment make you non-responsive or make you feel any less. This job isabout this. This is not to suggest that you should be paralyzed into indecision by the enormity of what you do and these moral conundrums. Be firm and decisive but, at the same time, let that conscience and moral compass be alive and kicking.

I must also add that this, by no means, is an exhortation for you to be a knight errant, pursuing his or her own sense of what is ‘just’, without the slightest regard to law and precedent; No need to do justice ‘though the heavens fall’. Let’s be fair – Justice would mean little if the heavens do actually fall. A sense of proportion and balance, therefore, is extremelt crucial.

And, well begun is half done. A belief in your ability to make a meaningful difference to people’s lives, each day, would set the right tone for not just your preparation but also the rest of your career as a Judge.

The ‘Why’ part of the question having been addressed, we’ll get on to the ‘HOW’ part of it, next. At the very outset (and spoiler alert) – this series does not share any magical sure-shot formula that would ensurethat you make it. The reason is simple: no such formula exists. There is, however, a method to all this madness. A method of preparation. Though I say early on in the introduction that once one has figured out a ‘WHY’ of becoming a judge, discovering the ‘HOW’ is not going to be a major challenge. That statement should not be construed to mean that the method is any less important. Genius is as much discipline as inspiration.

In the next few articles, we touch upon a number of important questions ranging from the choice of reading material, to – what is the ideal pattern of study? In this, I’ll be drawing-in on my own lived experiences and the experiences of my peers at judicial academies, institutes and elsewhere. The reader, however, is encouraged to find his own brand of preparation. Draw inspiration from each source, without blindingly copying one method or the other. Devising one’s own method, after a careful analysis of one’s strengths and weakness is critical. Failing to prepare is preparing to fail. With that, adios for now. I’ll be back soon with some pointers on preparing to prepare. 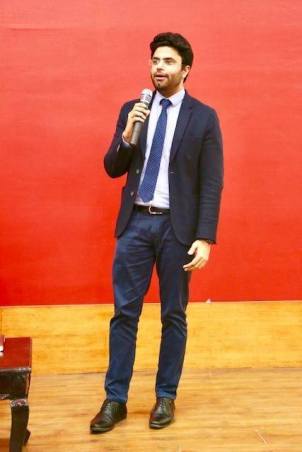 Bharat graduated in law in 2011 and in 2013, at the age of 23, secured First Rank in the Delhi Judicial Service Examination and joined as a Judge.  In 2016, at the age of 27, he resigned from the service and returned to the practice of law.  As a Partner Designate at L&L Partners, Bharat represents clients on a wide range of issues with a strong focus on Criminal Law, International Commercial Arbitration and Tech law.  Bharat has also been appointed as amicus curiae by the Delhi High Court in various cases. INBA recently awarded Bharat the Young Lawyer of the Year (Male) Award in 2018. Bharat has also served on various committees, including the Delhi High Court Committee on Arbitration.  He currently serves on the Young SIAC Committee.